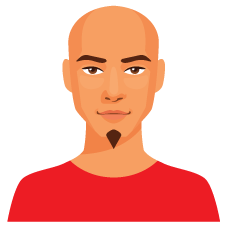 Hello to my readers! My name is Fran and this is my new blog about auto parts. I grew up on a junkyard helping my uncle strip down old cars. We would spend hours removing various components before reconditioning them. The reconditioned parts would be sold so other people could use them to repair their cars and trucks. It was a funny old life, but as a kid, I really didn't question it. I learnt a lot from my uncle, so I decided to start a blog so I could share my top tips and tricks with the rest of the world.

Diesel powered vehicles have long been prized for their rugged reliability and excellent fuel economy, but the unique properties of diesel fuel mean that a diesel engine must be fitted with a few unique components to function properly. Your diesel's glow plugs are some of these unique components, and replace the spark plugs found in petrol engines.

These glow plugs preheat your engine's cylinders to allow the diesel fuel to ignite more easily, and are essential for smooth, reliable starting of your diesel's engine. As you can imagine, then, there are often some very noticeable symptoms if and when glow plugs go bad, and faulty glow plugs must be repaired or replaced as soon as possible to prevent permanent damage to your engine. Here are some of the most common signs of glow plug failure:

Since glow plugs are such an integral part of the starting process of a diesel engine, the first sign of glow plug failure is usually a hard-starting engine. Glow plugs that do not heat up fast enough due to damage or decay will cause your starter motor to turn over numerous times before the engine starts, or even cause the starter motor to fail entirely. This symptom is particularly noticeable on cold days, and many diesel drivers run damaged spark plugs with no problems during the summer, only to find their vehicle refuses to start when colder temperatures come.

A brief puff of smoke that is thicker and darker can usual can be expected from many diesel engines upon starting up, especially during cold starts. However, prolonged black smoke emissions should be a cause for concern. The darkness of this distinctive smoke is caused by particles of unburnt liquid diesel, and black exhaust smoke generally means that your engine is not burning your diesel properly or completely as it passes through the cylinders.

Faulty glow plugs are one of the most common causes of black smoke, as a cylinder functioning without a working glow plug will take much longer to get up to efficient diesel-burning temperatures. However, black smoke can also signify other, more serious engine faults -- as such, having your engine professionally inspected may be the wisest option even if you suspect your glow plugs to be the culprit.

If a faulty glow plug is causing your engine to misfire, switching out the offending plug will generally fix the problem. However, like black smoke, regular misfiring can also indicate more serious mechanical issues, particularly problems with your engine's cylinders and fuel injectors. Giving your cylinders a thorough inspection (or having them looked over professionally) while you swap your plug(s) may uncover more insidious causes of misfiring.